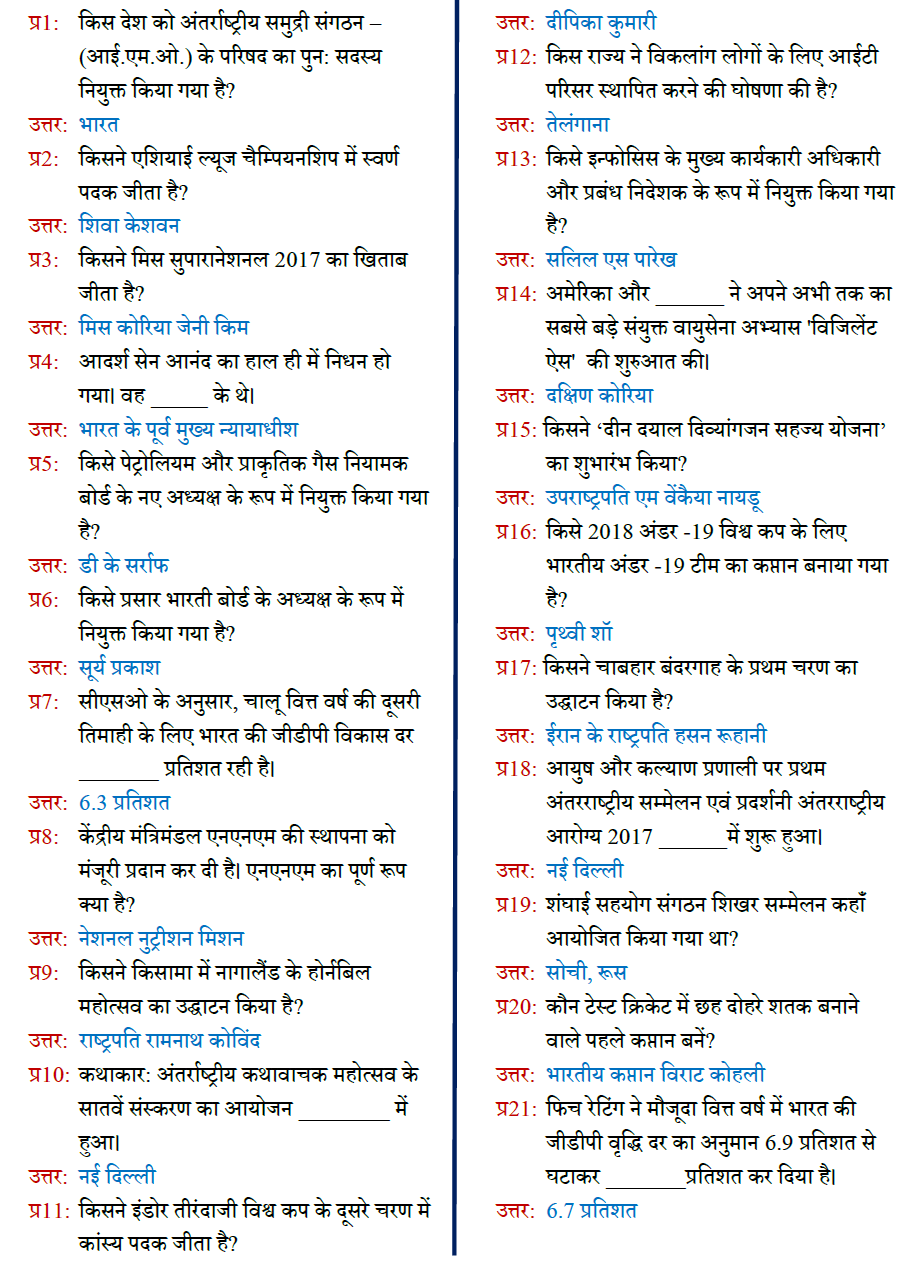 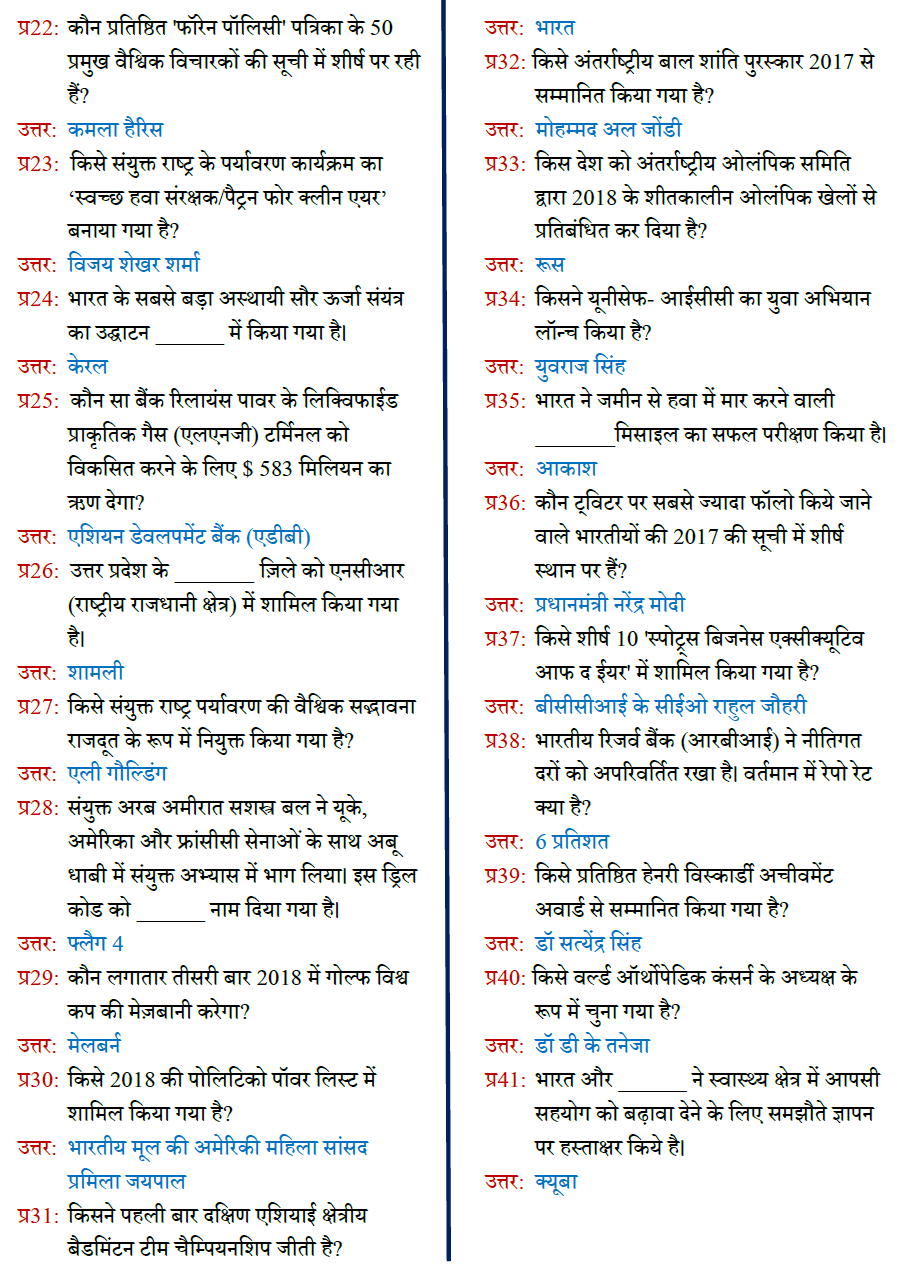 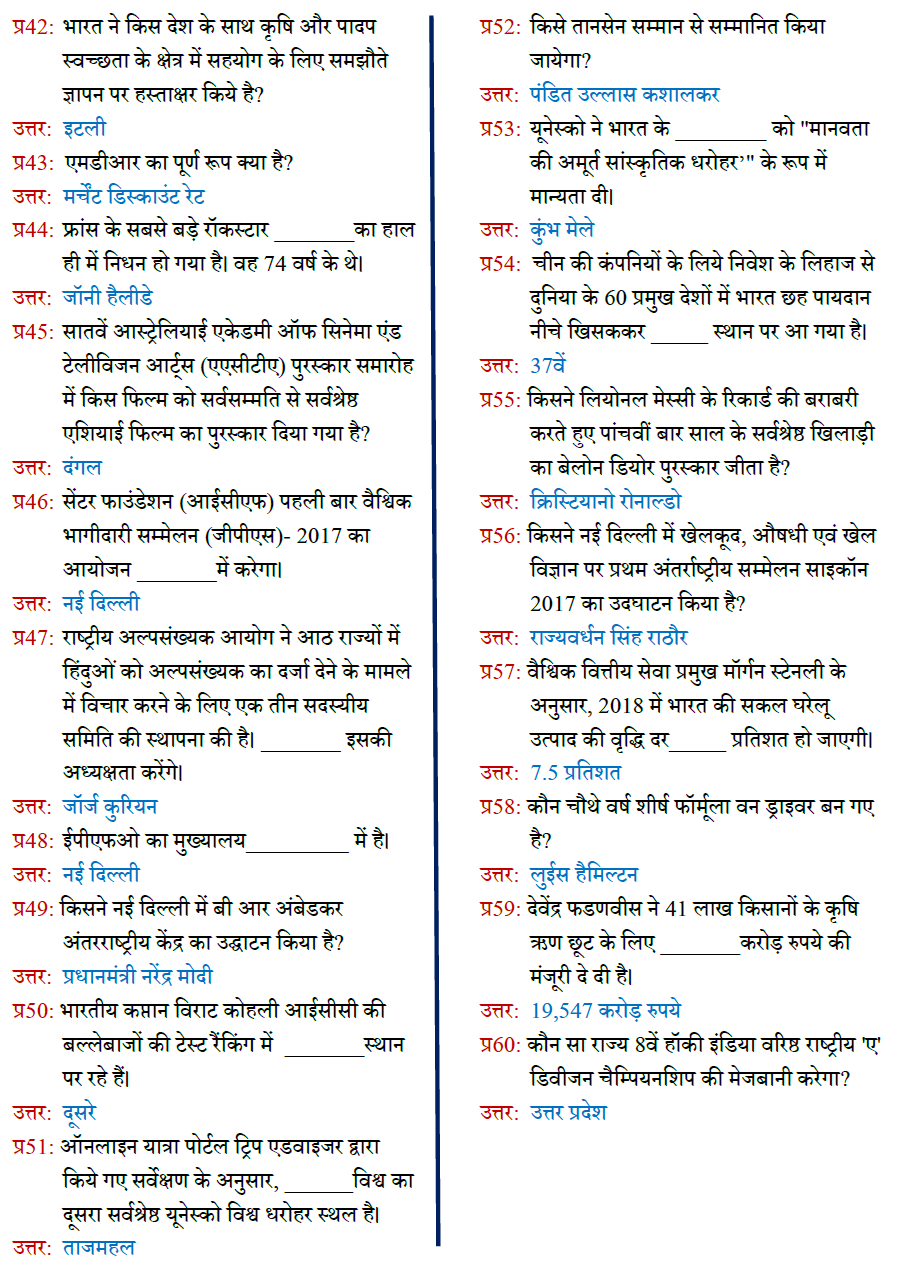 diardio the world’s highest research center established in Lehi. Indian Defence Research and Development Organization (DRDO) near Leh in Jammy and Kashmir in Changla 17,600 feet above sea level, is built on the research center was inaugurated | ii. The opening of the center’s chief of DRDO. Christopher did | the world’s tallest earth-related research and development (R & D) center | iii. Leh Defence Institute of High Altitude Research (Diaiacaar) has established its | Diaiacaar Defence Research and Development Organization (DRDO) is the unit | 18 MoU signed between 2kbart-Germanyi. Trade and investment between India and Germany to promote the 18 MOU (Memorandum of Understanding) has been signed. ii. Under this defense, smart cities, renewable energy, Ganga, Aviation, solar energy, waste management, agriculture and education sector are in agreement.

3kmleria, Roundwarm three scientists the Nobel for medicine of infection Nobel Prize in Medicine in i.2015 field was announced. Half of the prize Ireland’s William Campbell and Japanese Satoshi Omura Roundwarm Parasaits the infection has been to develop the drug. The second part of China UU ye towards the treatment of malaria disease is found for the search.The three winners of the Nobel Prize ceremony in December ii.10 9.60 million (Rs 6 crore) will share the prize money. Half of the prize money will be shared between Campbell and Omura. You’ll get the other half UU. Besides three different diplomas and gold medals will be given. 4lbart between Indonesia and ‘integrated monitoring’ (Korpat) started the 26th edition of the Andaman Seai.
India and Indonesia between the ‘integrated monitoring’ (Korpat) of the 26th edition of the Andaman Sea, has begun | 3 October to October 21 to be held Korpat detailed format between the two countries first bilateral naval exercises also added |ii. India and Indonesia bilateral maritime exercises between the first 17 to 18 October is proposed in the Andaman Sea |iii. Strategic partnerships within the wider Pridhi twice a year since 2002, the two navies ‘integrated monitoring’ (Korpat) and the International Maritime Boundary Line (IMBL) are implemented. The aim Indian Ocean region safe for commercial shipping and international trade is to maintain

5kshashank Manohar, BCCI president selectedi. Shashank Manohar Indian cricket board (BCCI) has been selected as president of | the election unopposed after the demise of Jagmohan Dalmia BCCI has convened a Special General Meeting | ii. Shashank Manohar, the board has been elected as the 29th president, they shall hold office until the next two years | iii.
He is also known by the name of Mr. Clean, and their clean track record and are also known to maintain the integrity of cricket |Sumit has been appointed Managing Director of Essar 6kmahindra Intertrade i. Mahindra Mahindra Intertrade Ltd.’s wholly owned subsidiary. (MIL), Sumit Essar has appointed its managing director.ii. Essar Steel Service Centre Ltd and Mahindra. (Msssiel) has also been appointed Managing Director.iii. Msssiel M and Japan’s Metal One Corporation is a joint venture entity. Mahindra & Mahindra said in a statement that he has replaced Harsh Kumar, who retired on September 30.